The Hearst Journalism Awards Program was founded in 1960 to provide support, encouragement, and assistance to journalism education at the college and university level. The program awards scholarships to students for outstanding performance in college-level journalism, with matching grants to the students’ schools. 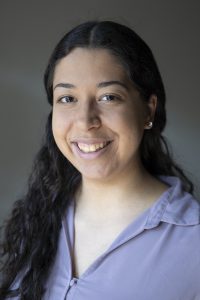 Angelica Edwards, the Co-president and co-founder of the National Association of Hispanic Journalists chapter at UNC, was awarded the top award for Photojournalism II – Picture and Story/Series.

She was awarded a $3,000.00 for her photo series that can be viewed here:
http://www.hearstawards.org/competitions/photojournalism/2020-21/first-place-photojournalism-ii-picture-story-series/

The William Randolph Hearst Foundation was established by its namesake, publisher William Randolph Hearst, in 1948 under California non-profit laws, exclusively for educational and charitable purposes. Since then, The Hearst Foundations have contributed more than one billion dollars in the areas of education, health care, social services and the arts throughout the country.