Our Staff Make A Gift
Home / Our Staff 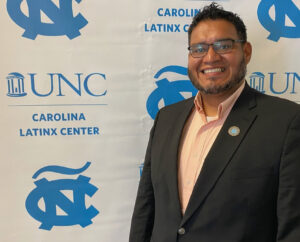 Mr. Pérez was born in Lima, Peru and moved at the age of 5 with his family to Northern New Jersey. He graduated from Muhlenberg College with a degree in Psychology and Spanish and earned his graduate degree from the University of North Carolina at Chapel Hill’s School of Education. He was involved in the formation of the Carolina Latina/o Collaborative and now serves as the Center’s director.

Prior to coming to Carolina in 2007 he worked as Assistant Director of Admissions and Multicultural Recruitment Director for Moravian College, where he led an initiative that resulted in the doubling of multicultural student enrollment. He also served as an Admissions Counselor at Ohio University in Athens, where his territory was the northwest part of the state. 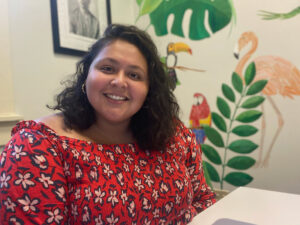 Marcela Torres-Cervantes (she/her/hers) is the Assistant Director for the Carolina Latinx Center. She is a Mexicana that was raised in Clinton, NC. From a young age, she loved school and the opportunity that an education would provide for her family to be successful. She attended the North Carolina School of Science and Mathematics for her final years of high school before moving to Washington, DC to attend college. She holds a BA in Sociology from the George Washington University and a Masters of Education from the University of Georgia. Throughout her academic experiences, Marcela became invested in Latinx advocacy, normalizing mental health discussions in communities of color, and student identity development in higher education. 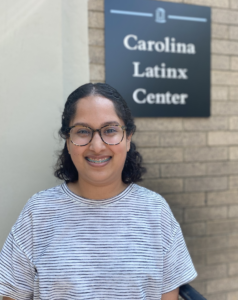 Cinthia Salinas-Pavon is the Program Assistant for the Carolina Latinx Center. She was born and raised in North Carolina. She graduated from UNC in 2019 where she majored in Global Studies. She enjoys working with students and has worked with elementary students to high school students. As the Program Assistant, she wants to help the Carolina Latinx Center grow and help Latinx students navigate college. She hopes to eventually teach English abroad and get her Master’s in International Education. 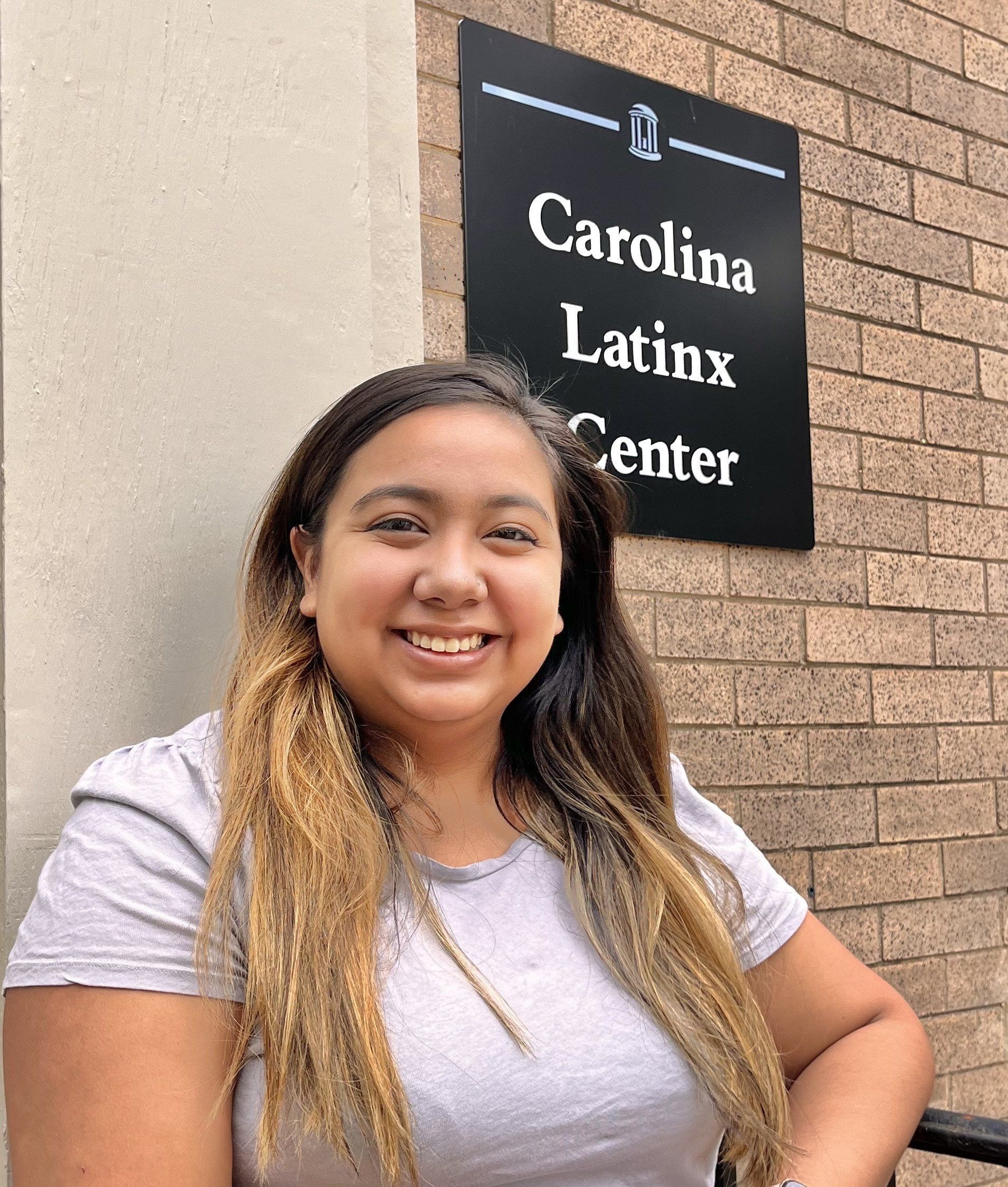 Rosario Villa is a second-year graduate student in the School Psychology PhD program in UNC’s School of Education. She is interested in supporting Latinx students and their families in aiming to promote healthier development and academic success. Rosario graduated from UNC-Chapel Hill in 2019 with a B.A. in Psychology and Sociology and a minor in Latinx Studies. She was raised in North Carolina and really enjoys exploring the area. Through her graduate career, Rosario would like to continue working with the Latinx community and becoming a culturally competent mental health practitioner. Juan Castro (he/him/él) is a Graduate Student Ambassador from High Point, NC. Juan is a current Master of Public Health candidate in the Health Policy Concentration at the Gillings School of Global Public Health. He is also a Double Tar Heel, Juan is a recent graduate of UNC from the class of 2022. He holds two BA degrees in Sociology and Psychology. Juan is passionate about leadership and equity and hopes to engage with other Latinx students in ensuring that our voices are amplified and heard on campus. 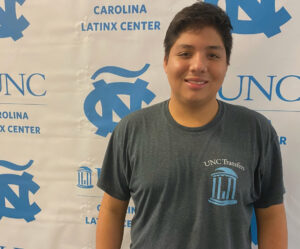 David Mora is the Student Ambassador for Assessment at the Carolina Latinx Center. He is Costa Rican and was born in Lincolnton, NC. Currently a senior at UNC studying computer science and history, he has worked with the Carolina Latinx Center for the past two years and is excited to continue helping the center and its website be a welcoming and easy-to-access space for our community to enjoy. Gabrielly Nolasco is the Student Ambassador for Latinx Heritage Month at the Carolina Latinx Center. She is a Salvadorian that was born in Lenoir, NC. She is currently pursuing a Business major with a concentration in Marketing. As the semester begins, she is excited to work with Latinx students to create a positive and friendly environment. 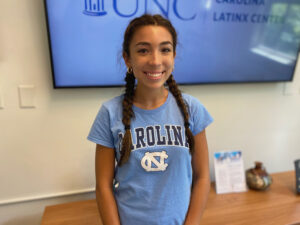 Mia Melendez-Ruiz (she/her/hers/ella) is a returning student ambassador for communications at the Carolina Latinx Center. She is a Puertorriqueña originally born in Athens, Georgia but grew up in West Chester, Pennsylvania. Currently she’s a sophomore pursuing a major in Management and Society with a minor in Spanish. This past summer she served as a Property Operations and Management Intern at Tishman Speyer in Philadelphia and is excited to be back on campus with everyone. 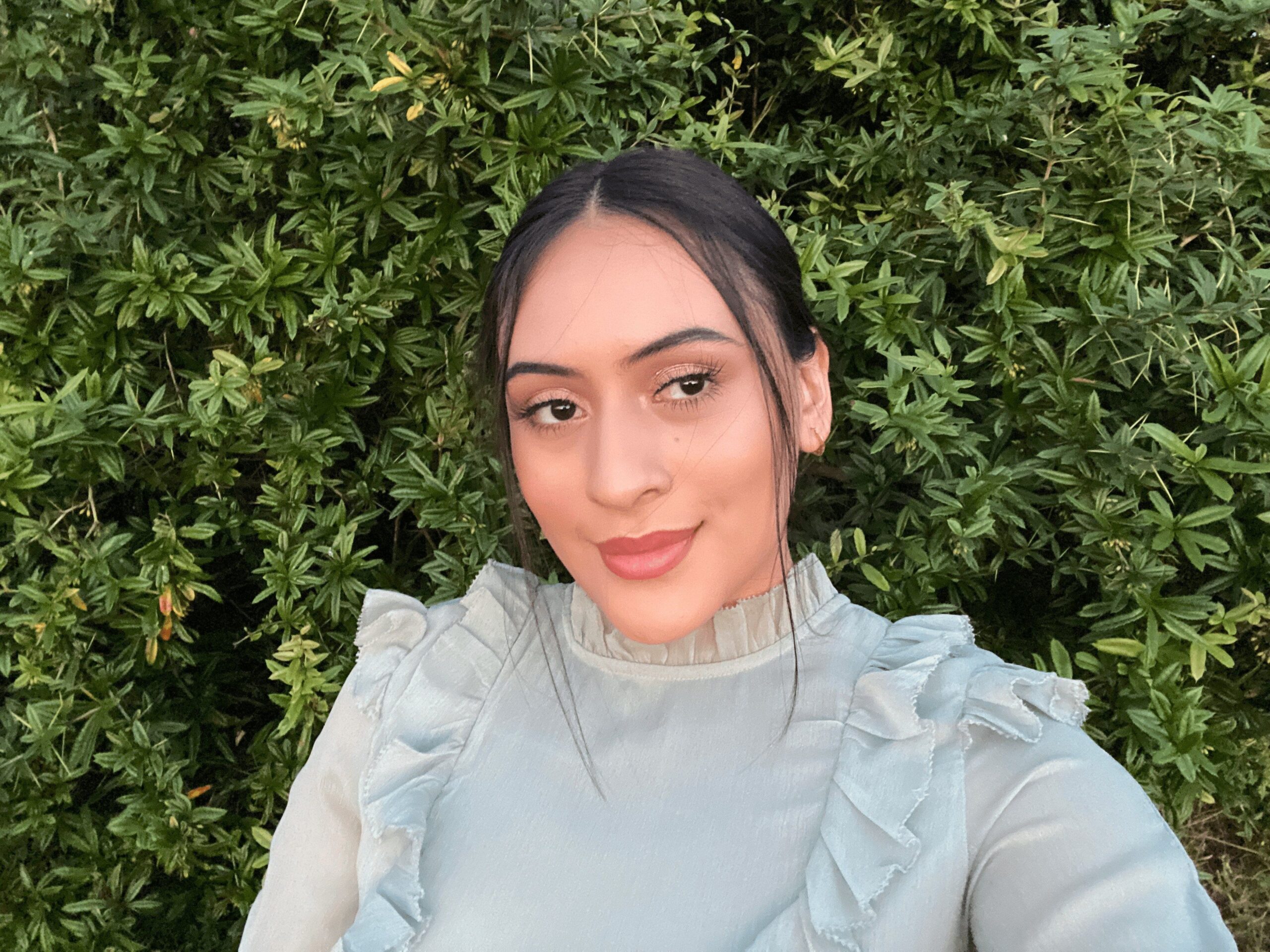 Marleny Nolasco (she/her/hers) is currently a Junior here at UNC. She is a proud Mexicana from Dobson, NC. She is pursuing a B.S. in Psychology as well as a minor in Neuroscience. Marleny is passionate about educating and uplifting the Latinx community. She is excited to be serving as this year’s Conferencia chair where she hopes to continue educating and uplifting her community. 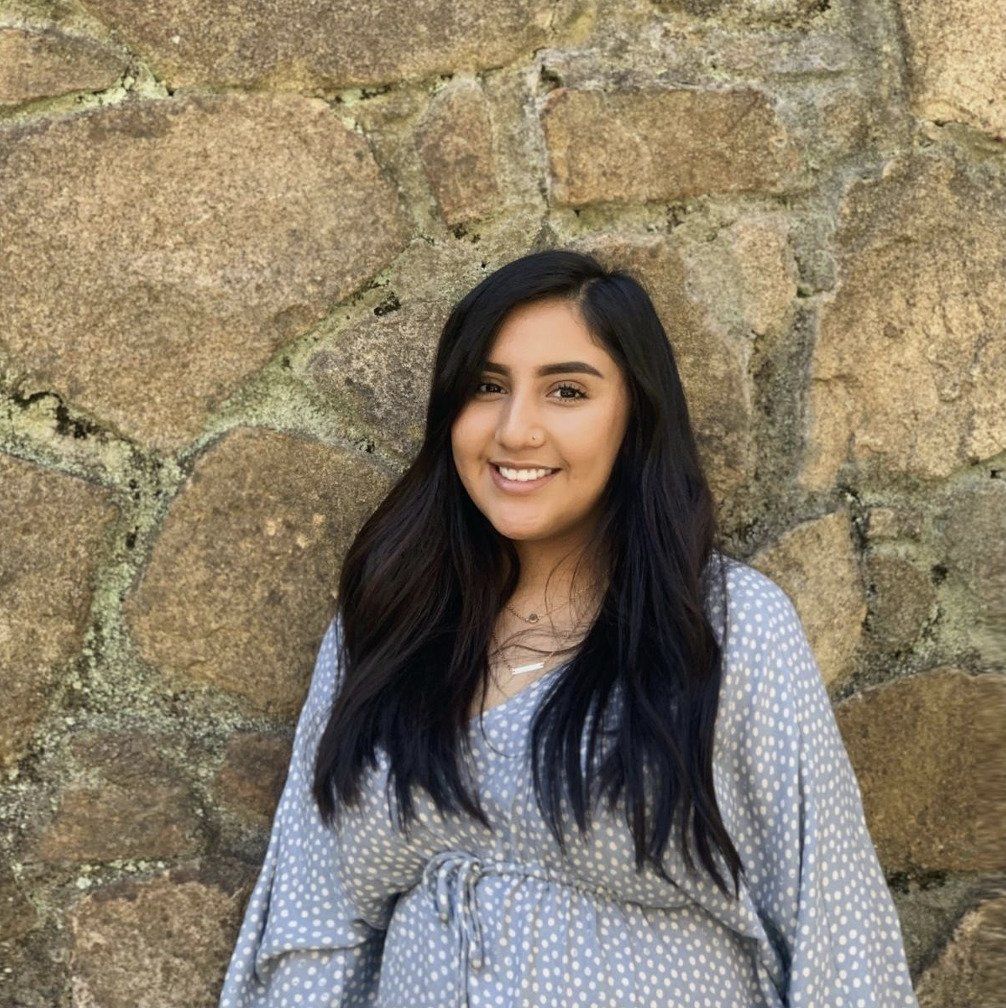 Ana Diaz is a junior, majoring in Psychology with a minor in Spanish in the medical profession. She was born and raised in Asheboro, North Carolina. She is passionate about Latinx representation and recognition. This year she is working as the Student Ambassador for Campus Collaboration through the Latinx Leadership Alliance. Through this role, she hopes to make Carolina a more welcoming and home-like place for all Latinx students on campus. 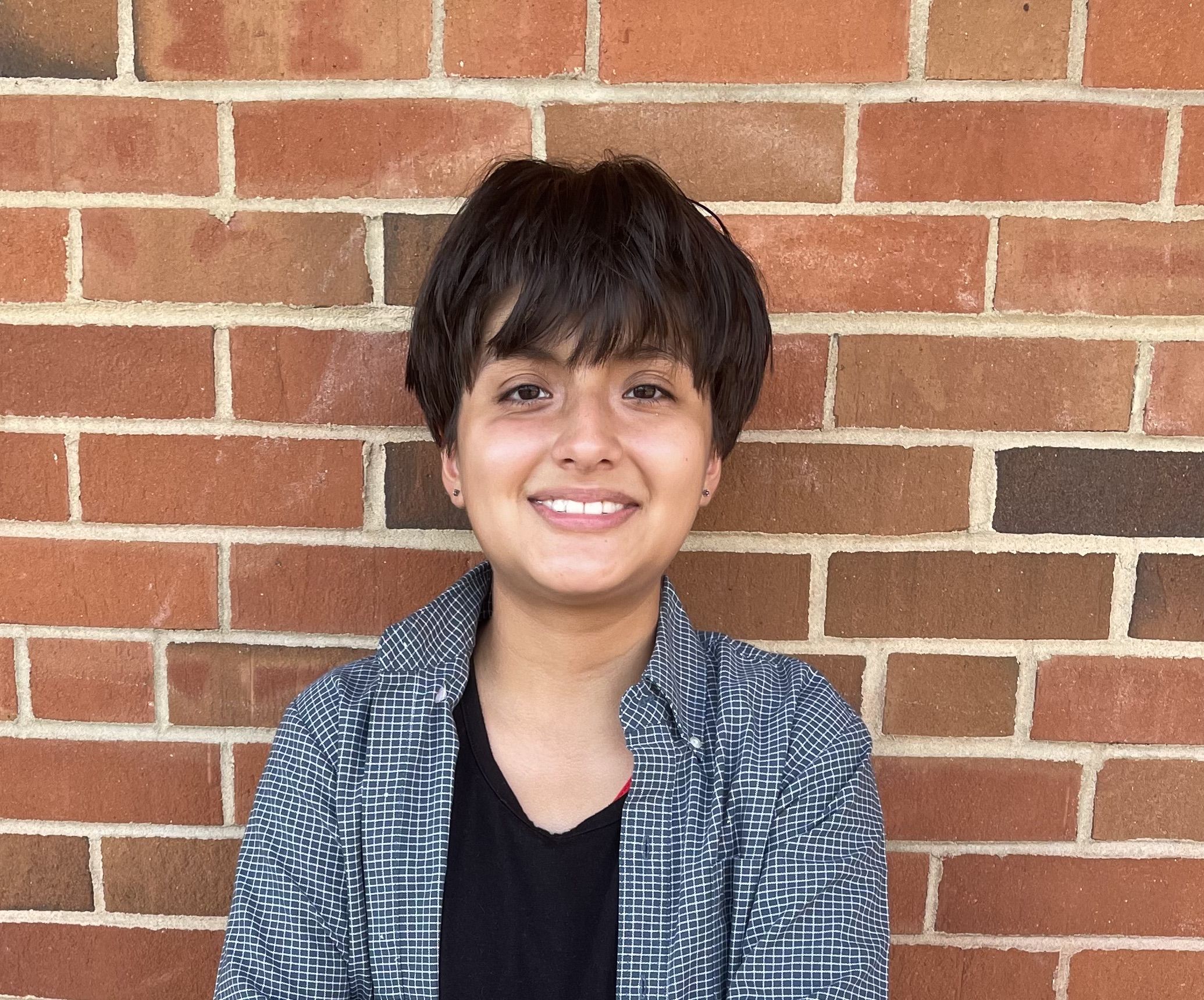 Lucien Boileve is the Marketing Ambassador at the Carolina Latinx Center. He is a Peruvian that was born in Boston but raised in Cary NC. With his major in Environmental Studies, he hopes to create more sustainable cities that are accessible to everyone. His passion for art led him to graphic design and he can’t wait to contribute to this community. 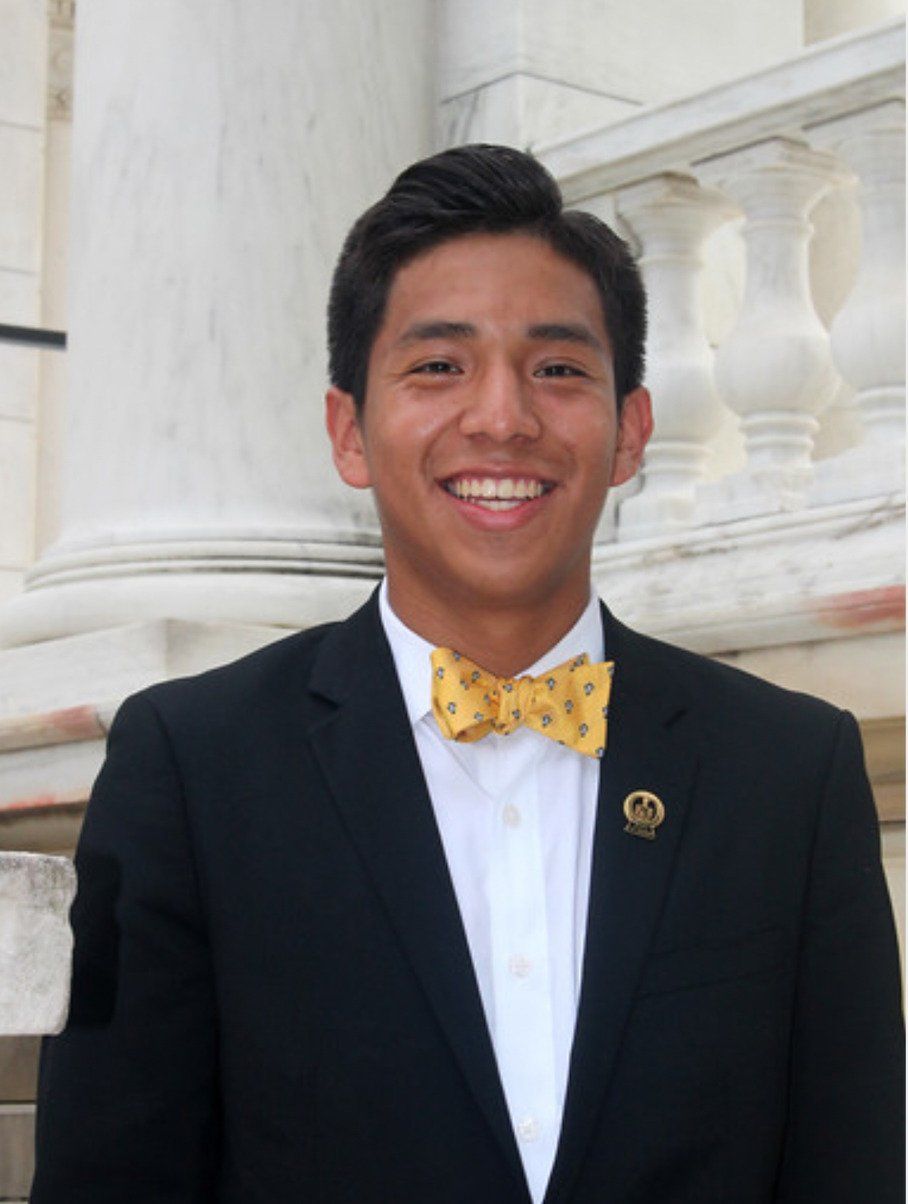 Jesus Enriquez (He, Him, His) is the student Ambassador for Alliance. He is a Mexican American and was born and raised in Forest City, North Carolina. He is currently a senior, majoring in Political Science and Public Policy. Jesus is passionate about helping all Latinx and minority students at UNC succeed in all their endeavors. Mariana Vasquez Gallardo is the Student Ambassador for UndocuCarolina. She is a second-year undergraduate student pursuing the nursing field. Mariana is passionate about advocating for Latinx communities, especially in healthcare. She is proudly Mexicana and has grown up in Boonville, NC. As a student ambassador, she is excited to help promote representation across UNC. She looks forward to working with the Carolina Latinx Center to help promote equality and raise awareness throughout campus. 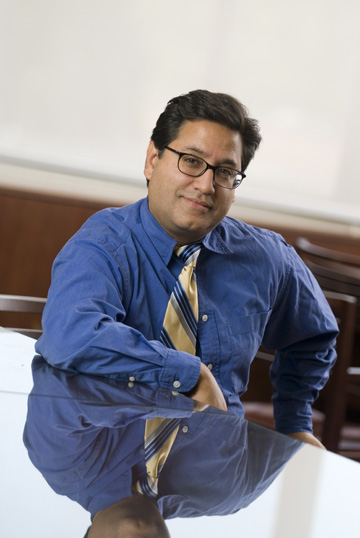 Paul Cuadros is an award-winning investigative reporter and author whose work has appeared in The New York Times, Time Magazine, The Chicago Reporter, The Center for Public Integrity, and other national and local publications. He is the author of A Home on the Field, How One Championship Team Inspires Hope for the Revival of Small Town America, which tells the story of Siler City, North Carolina as it copes and struggles with Latino immigration through the lives of a predominantly Latino high school soccer team. His book has been selected as common read at four universities including the University of North Carolina-Chapel Hill. In 2014, the television documentary series Los Jets based on his book and produced by Jennifer Lopez premiered on cable television starring Cuadros. He is an associate professor in the Hussman School of Journalism and Media at the University of North Carolina-Chapel Hill. He is also one of the founders of UNC’s Carolina Latinx Center. Cuadros continues to write about immigration and the Latino community and is currently working on another book about the Latino community in the American South.